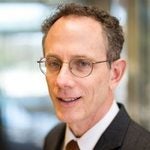 David Hirt advises boards of education and their administrators in all areas of education law, including special education, student enrollment and tuition issues, student discipline, labor and employment law, and responding to public and student records requests.  He defends boards of education against administrative complaints, including allegations of discrimination before the U.S. Equal Employment Opportunity Commission, U.S. Department of Education Office for Civil Rights, and the Ohio Civil Rights Commission.  David's administrative practice also includes defending boards in complaints filed with the Ohio Department of Education, including special education due process complaints, and unfair labor practice charges filed with the Ohio State Employment Relations Board.  He also defends boards and their employees in court against complaints alleging discrimination and other violations of state or federal law.

David is available to serve as a Title IX decision-maker (initial determination or appeal) for K-12 boards of education and schools as well as for institutions of higher education.

David is available to provide in-service training on a variety of education law issues.

Thank you for contacting us. We will get back to you shortly.

Please complete all required fields below.